In-depth knowledge of the workings of the GMC is just one of the vital attributes of our defence barristers. We provide an excellent doctors defence service which tailored to the needs of all doctors of all levels and of all specialties.

You will receive a legal service of the very highest calibre. You will be kept informed with regular updates and as a result you will be in control of your own case.

Our barristers are cost-effective which is also one of the major benefits in the legal marketplace. You will be told the cost of pursuing your matter before you have to decide anything.

We provide an excellent doctors defence service which tailored to the needs of all doctors of all levels and of all specialties.

Our GMC defence service can assist you in the following areas:

The Role of the GMC

The GMC sets standards for doctors

GMC standards set out the values, knowledge, skills and behaviour required of doctors working in the UK

Doctors must make sure their practice meets the expected standards in the following 4 domains:

The GMC deals with the most serious complaints about doctors. These are complaints that may require a doctor’s registration to be restricted or removed to protect the public and uphold public confidence in the medical profession.

Most complaints are settled locally through the doctor’s employer but the GMC may need to act where there are:

Serous or repeated mistakes in carrying out medical procedures, diagnosis or in prescribing drugs;

Failure to examine a patient properly

Serious concerns about knowledge of the English language

The GMC do not usually investigate complaints that at over 5 years old unless there are exceptional reasons in the public interest for doing so.

When a complaint comes in the GMC will assess whether they need to investigate. In some cases they may carry out a provisional enquiry. This type of enquiry is limited and at the outset will assist the GMC in deciding whether to open an investigation.

In some cases the GMC may send the complaint to the doctor’s “responsible officer” – a senior officer responsible for monitoring the performance of the doctor and ensuring the doctor’s skills and knowledge are up to date.

If there are concerns that raise questions about a doctor’s fitness to practise an investigation will commence. The GMC will request further information from the complainant or organisation that made the complaint / referral.

Once the investigation is complete two GMC case examiners [one medical and one non-medical] will consider the case. They can: 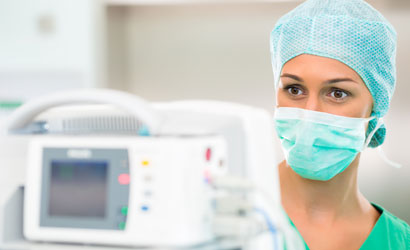 issue a warning. A warning will be appropriate if the concerns raised indicate a significant departure from the standards set out in “Good Medical Practice”.

The Investigating Committee will also consider cases where the case examiners have decided to issue a warning but the doctor disputes the facts or where the doctor has requested that the matter be considered at a hearing of the investigating committee. The hearing will take place in public.

Once the GMC have referred your case to a fitness to practise hearing, MPTS will arrange case management conferences. It is the role of the case manager to ensure that preparation for the hearing is efficient and fair. Directions can be given relating to witnesses, experts etc. These directions will need to be carried out by specified dates.

The doctor must raise any preliminary legal issues at these conferences.

All hearings are governed by the Medical Act 1983 and the GMC (Fitness to Practise) Rules 2004.

If a panel decides to impose a sanction the doctor has 28 days to appeal the decision.

The Professional Standards Authority [PSA] can appeal against decisions that they think are too lenient or should not have been made when it is in the public interest to do so.